Don Q’s Signature Release Single Barrel 2009 was hand selected by the master distiller from a selection of the Serrallés family’s private rum stocks, then laid to rest in charred American oak casks before bottling in 2019.

It was designed following the trend of Don Q’s Signature Release Single Barrel Collection — after the 2005 and 2007 editions — as a light rum, distilled in a multi-column alembic still and then aged at 150 proof for a decade in single-use white oak barrels, previously used for Bourbon whiskey.

The medium amber color suggests a long resting period in oak. Aromas of fruit and spice with smokey oak dominate, before honey butter and vanilla over fruit cake and compote, with just a hint of molasses. On the palate, a bold entry of toasted oak leads to a creamy mouthfeel with butter cookie, accented by vanillin and Crème brûlée, before hints of bitter cocoa and charred oak linger in the medium long finish.

For upscale cocktails like a Rum Old Fashioned, this light bodied, well-aged spirit is a great choice, or enjoy sipping it slowly on the rocks in a generous tumbler.

Rum has long played a role in celebrations and gatherings in Caribbean culture. The tradition of sharing coquito, a festive libation during the holiday season, continues to expand beyond the region with many home-grown recipes.

It’s a day to celebrate Holiday Coquito, a creamy rich and delicious rum concoction often compared to eggnog. Meant to be shared with family and friends, coquito is most often associated with the rums of Puerto Rico.

While there is no specific data as to the exact date of the creation of the first Coquito, historians place the birth of this drink around 1900. The first published Coquito recipes appeared in the Puerto Rican cookbooks, “Cocine a Gusto” and “The Puerto Rican Cookbook,” between 1950 and 1970. 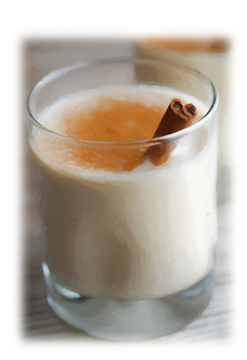 a glass of holiday coquito

The Coquito has since evolved from its original version of rum and cream of coconut to include an array of flavors, ranging from almond to pistachio to chocolate. Puerto Rican Rum is always featured as the main ingredient in this distinctive cocktail.

It seems that every family has their own recipe with myriad variations on the theme of a creamy, tropical coconut inspired punch. Holiday Coquito is easy to make. It’s fun to share. It’s a seasonal delicacy that signals a return to simple pleasures and family gatherings.

Let’s start with a traditional recipe from the Serrallés family of Ponce, on the south shore of Puerto Rico. Known for making Don Q rums, they are one of America’s oldest family-owned businesses with a rum making tradition that spans six generations and more than 150 years.

Method: blend the liquid ingredients at high speed for two minutes, pour into empty bottle and refrigerate for at least four hours. It’s even better after two or three days). Serve in a small glass and sprinkle with cinnamon.

Be sure to share your favorite National Coquito Day recipes on social media and use the hashtag: #NationalCoquitoDay

Method: combine the coconut milk, sweetened condensed milk, cream of coconut, cinnamon, nutmeg, and rum in a blender and process on high speed until the mixture is foamy, about 2 minutes. Pour the coquito into a clean glass, bottle, or pitcher and chill in the refrigerator for at least an hour. (It will keep, refrigerated, for at least 3 weeks.) To serve, pour into individual glasses and garnish with more cinnamon.

Method: boil the cinnamon sticks with the lime peels in one cup of water. Let it cool and strain before adding to the mix. Beat the egg yolks with the sugar. Add the rest of the ingredients. Yields about 5 liters. Keep refrigerated.

Method: heat up the milks with the spices in a heavy bottom pan, stirring constantly to prevent burning. When a rolling boil is reached, shut off heat and let steep with a properly fitting lid. After 20 minutes, remove spices, add the pumpkin and process in a blender until smooth. Add the rum to taste, cover and let chill from 6 to 24 hours.

Method: mix all the ingredients with an immersion blender thoroughly and refrigerate. Serve cold with a sprinkle of cinnamon on top.

Method: mix in blender, and add cinnamon stick. Place in fridge and enjoy!

Method: in a pot, put the evaporated milk together with cinnamon, anise, cloves, allspice and nutmeg. Simmer on a low heat for 15 minutes stirring constantly, but do not let it boil. Remove from the heat, strain the spices and put the liquid in a blender with condensed milk, coconut cream, Don Q Gold rum, vanilla and optional grated coconut. Blend until all the ingredients are well mixed. Place in bottles and refrigerate before consuming. 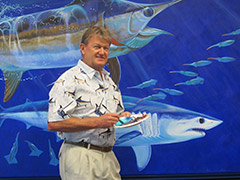