Here are just a few quintessential rum cocktails that anyone can learn to make. 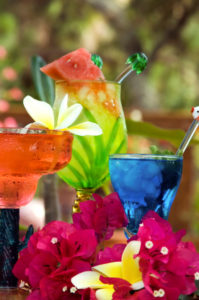 Rum Cocktails: the Classics and the Basics

Rum is your friend. It’s the most versatile of all spirits, exhibiting a broad range of styles across many categories from numerous regions. No other spirit has the range of rum — which can be enjoyed neat or on the rocks, with a mixer, or as an essential element of many sophisticated and complex drink recipes.

You can drink vodka in mixed drinks and cocktails, but few drink it straight. Some rums are great when sipped straight.

Single Malt Scotch is a treat served neat, perhaps on the rocks, but few would mix it with soda or make creative concoctions using fine whisky. Rum was made to mix with soda and creative ingredients.

You would rarely mix several vodkas together or several types of bourbon. However, rum is so varied in its texture, color and flavor that many great drinks call for multiple types of rum to achieve their unique flavors.

Let’s explore some early, classic rum cocktails and recipes which illustrate the very foundation of the art of mixing rum drinks.

The simplest form of a mixed drink is the highball, defined as the combination of a spirit with a mixer, such as rum and coke, one of the most popular mixed drinks in the young history of our planet. 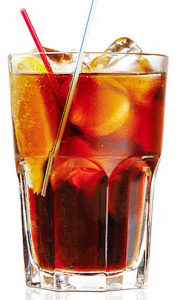 When rum met Coke, something very special happened. Coca Cola reached Cuba near the end of the 19th century, accompanied by American soldiers in the Spanish-American war. A common toast to a free Cuba gave the drink it’s name in popular culture. As Americans flocked to Cuba during the years of prohibition (1920-1933), the drink gained greater popularity.

Rum and coke will always be among the most popular rum cocktails.

The Andrews Sisters sang about it in 1945, making it a hit on the radio. It became overwhelmingly popular in bars, may have started a revolution or two and is a staple tipple around the world.

Add two ounces of rum to a highball glass fill two thirds with ice. Top with your favorite rum. Some insist that a real Cuba Libre should be made with Cuban rum and be finished with a squeeze of lime. 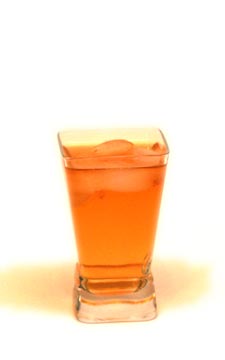 These exotic flavors combine to compliment each other with style and simplicity. Let’s make a proper Rum & Ginger. The most popular variations use Jamaican and Bermudan rums, but you can try any fine rum that stand up to ginger beer.

Let’s explore a highball that is often overlooked and under-appreciated within the world of rum cocktails.

Rum and ginger is a marriage made in heaven — or was it Jamaica? The full bodied flavor of Jamaican rums marries well with ginger.

In Bermuda, it’s the Dark & Story. This drink looks like a dark sky over a stormy sea. Use the real Bermuda rum: Gosling’s Black Seal and real Bermuda ginger beer, like Barritt’s.

There may be a variety of ginger beers in your market, depending on your location. Some are stronger flavored, some have a bit of heat and lots of spice. Experiment to find one that suits your taste.

Perhaps the most popular of the classic rum cocktails of all time is the daiquiri, named after a beach near Santiago, Cuba.

The cocktail came into being at the start of the 20th century by simply combining lime, sugar and rum. Ernest Hemingway did his part to make it famous by drinking more than his fair share at El Floridita bar in Havana.

Unfortunately, the very elemental ingredients that make a great daiquiri are often replaced with pre-made sour mixes that lack the freshness necessary for a great cocktail.

To experience the real McCoy, try these simple recipes.

1/2 teaspoonful sugar
half a lime, juiced
1 1/2 oz white rum
Shake with ice and strain into a rocks glass filled with ice. 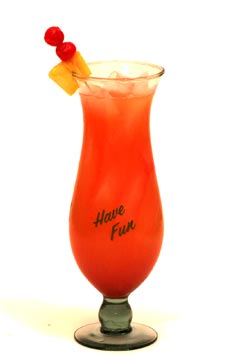 Progressing from lime and sugar, let’s explore some of the more exotic rum concoctions.

The Hurricane rum cocktails were made famous by Pat O’Brien’s Bar in the French Quarter of New Orleans. Like the daiquiri, modern versions of this classic tend to be made of cheap mixed ingredients, delivering an underwhelming experience.

Here’s a simple version of this classic rum cocktail that does not rely on powdered mix.

The original hurricane cocktail was served in a New Orleans hurricane lamp, which has a unique shape to prevent the flame from extinguishing. Which in turn, lead to the development of the ubiquitous hurricane cocktail glass. The drink became known as the best cheap drink in the crescent city, where an over-abundance of rum was a blessing for those thirsty souls.

In 1992, Hurricane Andrew swept through South Florida like a buzz-saw, setting new standards for devastation and earning it’s own place in the cocktail genre. Here’s a hurricane with a category five tilt. 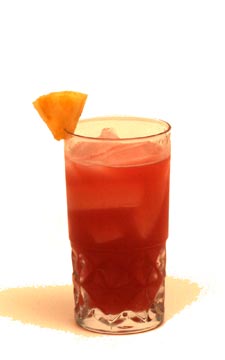 Those who risked life and limb to bring in the hooch were known as Rum Runners, inspiring another classic cocktail reminiscent of these rough and tumble pirates.

There are as many recipes for the rum runner as there are bars in the Florida Keys. Legend has it these ingredient were mixed together out of desperation when the bar was running low on spirits — or as a way to get rid of excess inventory of fruity liqueurs — depending on which story you believe.

The popularity of coconut rum has influenced this drink recently, finding its way in the the rum runner at many locations. Let’s explore some of these tried and true rum cocktails. 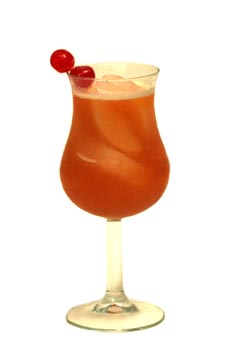 The end of the long, hot work day on a Jamaican plantation was celebrated by one and all with a full-bodied rum punch, accented with refreshing tropical fruit flavors. The classic Planter’s Punch rum cocktails delivers this luscious combination liberally.

Trader Vic had a profound influence on the popularity of rum-based tiki drinks. His secret recipes and select ingredients are nothing short of legendary. Vic’s own take on the Planter’s Punch uses fewer ingredients to achieve a similar profile succinctly. 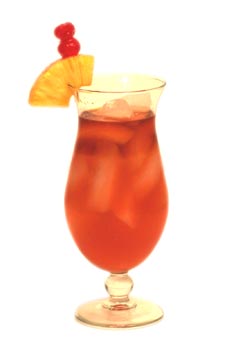 This is an notably strong cocktail made of fruit juices, liqueurs, and various rums. It first appeared in the late 1930s, invented by Donn Beach of Hollywood’s Don the Beachcomber restaurant. Donn concocted it for a frequent customer. After enjoying three good sized drinks, he left on a week-long trip. Returning later, he declared he’d been turned into a zombie for his entire trip. The name stuck. To this day, customers are limited to two Zombies per person.

Donn originally used 5 or 6 kinds of Caribbean rum that are no longer easily available in the United States, so popular rums must be substituted.

If you find yourself short on the necessary ingredients of Falernum and Heering, don’t despair. Wake the dead with this simplified version of the classic.

If you can still read this article, you have not yet enjoyed these drinks fully. We hope these classic recipes have inspired you to continue your exploration of the wonderful world of rum. Don’t forget to share with friends!