Certainly an iconic stand-out venue from the heyday of Polynesian themed restaurants and bars that thrived across America from the 1930s to the 1960s, The Mai Kai in Ft. Lauderdale was recently recognized by the National Register of Historic Places as a worthy addition to its esteemed list of historic locations. 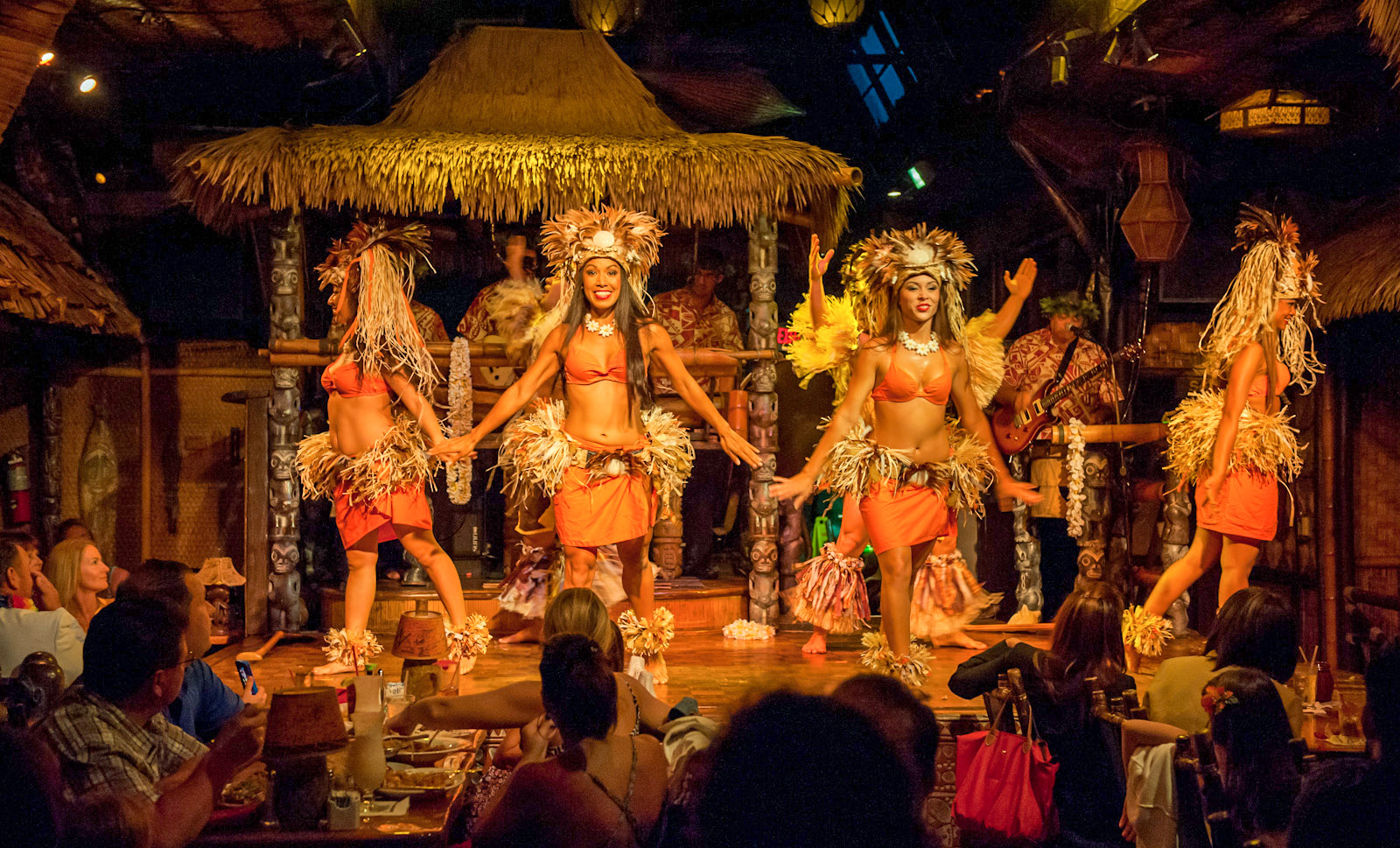 Some 58 years ago, this Polynesian bar and restaurant opened  — on December 28, 1956 — in what the National Register describes as an undeveloped area with no other buildings nearby. This dream come true cost about $400,000 — a small fortune at the time. But the restaurant, decorated with thousands of authentic artifacts collected from Polynesia, made a profit in its first year for forward thinking investors Bob and Jack Thornton.

Over the years, as other Polynesian theme restaurants and tiki bars came and went, the Mai Kai and its dedicated staff remained intact — steadily and enthusiastically provided an adventurous dining, drinking and showplace environment for tourists and locals.

In the 1960s, the famous Fire Dance tropical review was initiated with the utmost care and research to develop authentic dance routines for each of the featured Polynesian cultures integrated into the show.

With a resurgence in the popularity of tiki cocktails and culture, the Mai Kai is once again thriving while being recognized as one of the great authentic venues of its genre left in the world.

On November 18, 2014, Mai-Kai was officially entered into the National Register as a property associated with events that have made a significant contribution to the broad patterns of our history, stating:

“The Mai-Kai Restaurant is locally significant under Criteria A in the areas of Commerce and Entertainment/Recreation. It is significant as an intact, still operating, Polynesian-themed restaurant. The period of significance is from 1956 to 1964 when it largely achieved it present appearance. The Mai-Kai reflects national broad patterns of entertainment that began in the 1920s and thrived in the mid-20th century. The Mai-Kai is one of the few remaining Polynesian themed restaurants in Florida. The building, landscaped garden, interior decor, and the operational elements make the Mai-Kai an exemplary of an exotic themed restaurant and tourist destination. In addition to its decor, the Mai-Kai maintains a Polynesian-Asian influenced menu, as well as the mandatory cocktail menu. While the Mai-Kai’s food menu has adapted to changing culinary tastes, its drink menu, including the quality ingredients, has not changed since 1956. As a result, the restaurant is renowned for its expert tropical drinks. A review of the Mai-Kai’s drink menu indicates over a dozen registered trademark cocktails. The Mai-Kai has a permanent place in a holy trio of old-school holdouts dedicated to the careful construction of their libations.”