Fresh Costa Rican cane juice is fermented with a legacy strain of yeast from the Caribbean in a lengthy cycle, averaging 14 days. With a simple electric-fired kettle distillation, they begin collecting the heart of the batch at 174 degrees which produces distillate at 145 proof. When the proof falls to 82, the distillation is complete.

This process delivers a distillate reminiscent of traditional estate rums of the early colonial era. The true essence of cane is not lost in this rum base with amusingly complex aromas and a robust flavor profile that is surprisingly smooth for a high proof American rum.

Just Rum Maple Wood Rested is not maple flavored, but rather rested with toasted maple wood to instill the essence and distinct influence of its interaction over time.

Matured at 61%, the resulting unfiltered, unsweetened rum is proofed down to 51% for bottling. This expression presents delightful toasted wood elements, a hint of natural sweetness, and a unique flavor profile not found in other American rums.

Aromas of caramel and cigar box over grassy cane, apple cider and a funky fruit note precede a hint of white wine. On the palate, a dry opening with fresh yeast bread leads to toasted wood and grassy cane before suggestions of maple sugar candy, mixed fruit pastry, apple fritter and cedar plank, ending with a long finish of delightful wood notes.

This Oregon craft rum stands alone with this combination of fresh cane juice, a robust yeast fermentation, simple distillation and maple wood influence, created by an American distiller with a penchant for authenticity and bygone traditional estate methods.

Just Rum’s White and Maple expressions both won gold awards in the Rum Jury tasting competition held at Miami Rum Festival in May, 2019.

One of the most interesting seminars at Miami Rum Festival (May 17-18 in Coral Gables) is the American Rum Report Panel Discussion — shining a light on American Rum producers, their philosophies and techniques, in the emerging American Rum market.

More rum distilleries have opened in the United States in the past six years than the rest of the world combined. Many American Rum brands make a big splash at the Miami Rum Festival, garnering attention from the international rum experts, judges, distributors and collectors, while establishing their reputations among rum enthusiast consumers.

Moderating this panel discussion is Will Hoekenga of American Rum Report, based in Nashville, TN.

“We’re honored to host these fine rum producers and their seminar on American Rums,” said Robert Burr, Miami Rum Festival organizer. “There is so much activity among American producers that it takes a dedicated media channel like American Rum Report to keep up with all the emerging trends. Will is doing a great job with his web site and timely newsletter, a must for all who have a serious interest in the new American Rum Revolution.”

“American rum is growing and evolving faster every year, but what’s really exciting is it feels like we’re still at the beginning of something that’s going to be much bigger,” said Will Hoekenga, publisher of American Rum Report. “The producers in this panel aren’t just the people putting American rum on the map right now — they’re the ones influencing what it will become for the next several decades.”

Among the American Rum producers participating are Phil Prichard of Prichard’s Rum in Tennessee, Tim Russell of Maggie’s Farm in Pennsylvania, and Jonny VerPlanck of Three Roll Estate (formerly Cane Land Distilling) in Louisiana — each the recipient of numerous awards for their fine rums.

With more than 230 rum distilleries now operating across the U.S. — and more opening each month — the vast majority of Americans can easily find locally distilled rum. Florida alone has more than 20 rum distillers, while California, New York, Massachusetts, and Pennsylvania all have more than a dozen each.

But what might be most surprising is the variety of rum styles distillers are making across the country. You’ll find everything from fresh cane juice rums made from heritage varieties of sugarcane grown by the distillers, to full-bodied, molasses-based rums aged in new white oak barrels.

The American Rum Report seminar takes place on Saturday, May 18th at 5pm. Seating for the seminar is limited. Please RSVP in advance.

Advance tickets to the Miami Rum Festival in Coral Gables on May 17-18 — starting at $50 for unlimited samples — are available online. http://www.miamirumfest.com

American Rum Report is tracking U.S.-produced rums to reveal emerging trends, provide transparency, and offer a full picture of the American rum revival. Its weekly newsletter and comprehensive index of American rums and distilleries allow both rum enthusiasts and producers to keep up with all the American rum stories that matter.

This rum is produced, blended and bottled in small batches at a craft distillery in Denver, Colorado. The process begins with organic evaporated cane fermented in stainless steel.

The fermented wash is double distilled, first in a classic Alembic copper pot before a second distillation in a copper column hybrid with 20 plates.

After distillation, the base rum is blended with an infusion of whole organic vanilla beans in high proof rum, then diluted with Colorado Rocky Mountain snow melt water to bottling proof.

The result is a delicious, unpretentious artisanal rum, finished with a touch of sweetness that makes it quite smooth on the palate.

Aromas of light creamy vanilla wafer appear before a hint of pepper. On the palate, subtle caramel and vanilla bean leads to soft creamy vanilla sandwich cookie at mid-palate with hints of butter. The finish is soft and light with lingering echoes of sweet shortbread and soft vanilla.

Gubba Gold Rum was designed to be enjoyed on the rocks, but also provides a wonderful tropical base for cocktails. The brand likes to describe this golden colored, lightly flavored rum as being “wicked smooth,” a descriptor that’s entirely fitting. 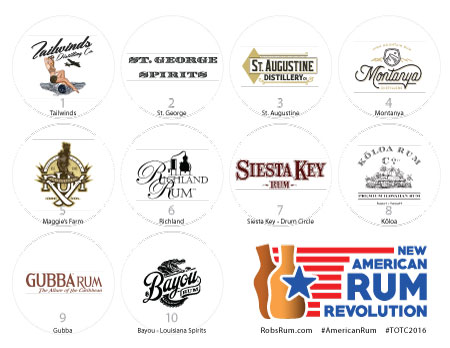 Montanya’s limited edition Exclusiva is a pot still aged rum that rests for 30 months in American White Oak Barrels that previously held Colorado whisky. It is then finished for six months in a French Oak barrel that recently held Sutcliffe Vineyard’s Colorado-made Cabernet Sauvignon and Port.

“Many rums on the market today contain only a fraction of the oldest rum they advertise on their labels,” said Karen Hoskin, Co-founder and President of Montanya Distillers. “However, with our Montanya Exclusiva aged rum, this is a single barrel rum, which is aged for three years. Every bottle is marked with its barrel number.”

Aromas of earth, cane and brown sugar are complimented by the oak and wine berry notes over hints of baking spice and vanilla. On the palate, the aged rum spirit is well enhanced by the wine barrel accents revealing notes of honey and raisin, vanilla, port and whiskey before fortified wine and butter linger into the long finish.

Montanya Exclusiva aged rum is the first line extension since Montanya Distillers opened in 2008. It will mainly be available in Colorado through Republic National Distributing Company and at Montanya’s tasting room in Crested Butte, Colorado.

“We have always wanted to age a rum in the barrel for longer than the Oro and Platino,” said Karen. For the first five years we were in business, all we could do was keep the Oro and Platino in stock, so the Exclusiva kept getting bottled and sold as Oro. Finally we just had to commit to it. It was worth the wait — it is such a unique rum. Not everyone will understand what we are doing with this rum’s flavor profile, because it finishes dry and tannic unlike most rums which finish sweet with a rush of caramel. The vinous character of this rum is something I personally love, because I have always preferred my rums more dry. I love what the French Oak and its Port contribute to the Exclusiva’s smoothness. But if you are looking for a traditional Caribbean style rum, this is not it. It is made from only 12% molasses, This is mountain style all the way — raw unrefined cane, altitude age and mineralized mountain water to proof. It is just plain different and worth a sip.”

The brand has gained a solid reputation not only for creating well crafted spirits, but also for their philosophy of incorporating smart and sustainable technology, such as their 100% wind powered distillery and tasting room. The barrel aging facility includes a south-facing solar wall which warms the barrels and opens the pores of the oak during daylight, then allows the crisp mountain temperatures to cool the barrels at night, emphasizing the interaction between spirit and wood.

Montanya Exclusiva aged rum in the 750ml bottle sells for $59.