America is returning to its roots with a proliferation of local craft distillers creating authentic rums — as evidenced in the new American Rum Portfolio showcase at the 2017 Miami Rum Fest and Trade Expo. Is this the New American Rum Revolution?

Festival organizers recognize the rapid growth of American craft spirits. The 2017 Miami Rum Fest scheduled for April 22-23 at the DoubleTree Miami Airport Hotel and Convention Center will highlight a collection of fine American rums selected by the editors of Robs Rum Guide.

The 2017 Miami Rum Fest and Trade Expo April 22-23 will feature the American Rum Portfolio — highlighting a collection of award winning American rums selected by the editors of Robs Rum Guide.

The American Rum Portfolio offers craft spirit producers an opportunity to present their best products at this large gathering of rum enthusiasts, experts and professionals.

Rum connoisseurs and collectors will discover the most complete collection of American rums ever assembled under one roof.

Before the American revolution, more than 8,000 distilleries in the American colonies were producing rum from the plentiful supply of molasses available through trade with Caribbean islands. Most ceased production by the time prohibition decimated the American spirits industry. Now, that downward trend is reversing.

“In the past few years, more national, regional and local rum distillers are gaining well-deserved attention. Many are making their mark as true artisan spirits by winning awards and setting new standards for authentic, hand-made rum,” said Robert A. Burr, publisher of Robs Rum Guide.

“We’re now tracking more than 150 producers of American rum. It’s nothing short of a rum revolution — changing the American rum industry. They’re bringing back the art of craft distilling, presenting American rum in a most favorable light by emphasizing the quality aspects of small production.” 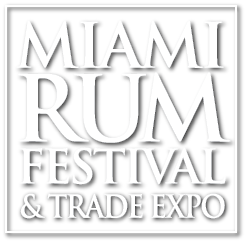 The annual gathering of rum experts and consumers in Miami is the place where rum reputations are made. The RumXP panel of expert rum judges from around the world gathers for their blind tasting competition. Rum producers from far and wide — as well as locals — gather to present their products to an eager audience.

Rum distillers, importers, distributors and retailers come together once a year to collaborate and put their heads together to assess the direction of the rum industry.

Now, American rum producers will take a front row position as the American Rum Portfolio debuts at this global gathering.