In 2008, the Miami Rum Festival began as a small but elegant rum tasting event at Coral Gables’ historic Venetian Pool with 54 luxury rums and 150 rum enthusiasts in attendance. Eleven years later — after growing the event to be the biggest gathering of rum experts and professionals in the world — event producers are returning to their roots in Coral Gables with a more intimate and elegant tasting event at the historic Coral Gables Woman’s Club.

On Friday, May 17 and Saturday, May 18, 2019 the producers of Miami Rum Festival will once again gather a myriad of rums from around the globe for a delightful and informative tasting event, punctuated with seminars lead by industry leaders and demonstrations of how to make the most popular rum cocktails.

“Rum is a spirit that brings people together,” said Robert Burr, festival organizer and producer of Robs Rum Guide and the Rum Minute YouTube channel. “Our mission is to help our friends learn about rum, learn how to taste rum, understand rum and shine a light on the very best rums in the world. We are experiencing a rum renaissance of epic proportions, with so many fine rums coming to market. This is a chance to learn, and better appreciate, the fascinating spirit of rum.”

The Friday, May 17 Miami Rum Renaissance Tasting Session begins at 2pm for members of the trade and VIP rum enthusiasts. At 4pm the general admission rum tasting session begins. At 8pm, the first day of rum tasting concludes.

Miami Rum Fest continues on Saturday, May 18 with VIP admission at 2pm, followed by the general public at 4pm. The tasting event continues until 10pm Saturday evening.

Miami Rum Festival is the place where rum reputations are made, where new products are first released and where the public has easy access to an incredible range of cane spirits. 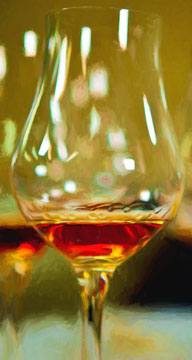 Tickets are $50 per day for general admission and $75 for VIP guests. Friday’s trade admission — for members of the spirits profession — is $25.

Rum producers from near and far will attend, providing samples of their finest rums. Industry experts present seminars of interest to rum collectors, enthusiasts, connoisseurs and those hoping to learn more about rum. Rum cocktail experts show the basic techniques and recipes for creating fabulous rum libations.

A Celebration Of Cane Spirits

The Miami Rum Festival has long been billed as “a celebration of cane spirits in the New World,” a reference to the importance of sugar and rum production in the Caribbean, as well as North, Central and South America.” Rum is intricately connected to the American Revolution, the economies of many countries and the cultures of many territories.

Miami Rum Festival is the place where rum reputations are made, where new products have first been released and where the public has easy access to an incredible range of cane spirits.