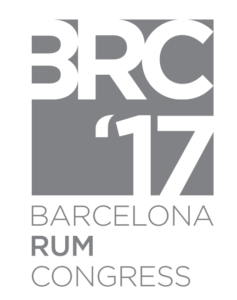 The event takes place in Barcelona, Spain on the last two days of October: the 30th and 31st. Among the featured sections are the Tasting Tunnel, The Showcase Hall and the Distributor Pool. Master classes, seminars, guest bartenders and keynote speakers deliver valuable knowledge and inspiration for all who attend this grand tasting event.

Abbreviated as the BRAwards, the program brings together respected rum judges from around the world to evaluate and recognize the best rums in each category submitted to the competition.

The jury will be led by Javier Pulido – writer, consultant and Director of Spirits Master in Spain.

The Barcelona Rum Awards will be announced during the afternoon of October 30th, the inauguration day of the BRC’17.

The special feature of the BRAwards is their aspiration to become the didactic and trend guide for professionals; in addition to a recognizable and trusted mark to be used for the general public when selecting fine rums.

The Barcelona Rum Congress (BRC) is an annual meeting of the rum industry and mixology — a platform for business, inspiration, networking and dissemination of trends, products and practices. Featured spirits are selected by a team of experts and lovers of the sector from the international spirits industry.

The Congress is divided into three vertices: Exhibition, Education, Experience.

In its second edition, BRC ’17 seeks to extend its spirit by creating an atmosphere of growth and appreciation for the rum industry, cocktails and gastronomy.