You Only Live Once – so when it’s time to celebrate life, enjoy the best rum with friends. That’s the message behind the big launch of Yolo Rum Clear at the Miami Rum Festival, April 22-23.

Joining Yolo Rum Gold and Yolo Rum Silver, the new Yolo Rum Clear expression is a boutique-quality rum that isn’t priced like it. 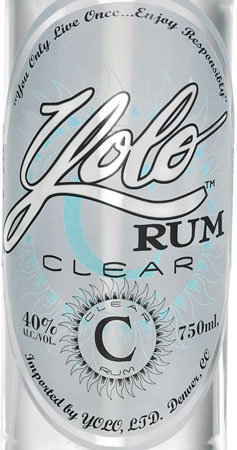 “For a long time now, we’ve wanted to produce an affordable, connoisseur-worthy rum blend,” says Yolo Rum founder Philip Guerin. “And Don Pancho has once again knocked it out of the park.”

At the heart of the Yolo Rum operation is master distiller Francisco “Don Pancho” Fernandez. Born in Cuba and operating out of the Republic of Panama, Don Pancho is the world’s most-respected and honored ronero (that’s “rum blender,” for the layman).

The recipient of hundreds of awards, Francisco Fernandez starts with rare sugar cane strains found only in Central America and the Caribbean. The resulting specially prepared sugar cane juice is fermented and distilled through a complex, five-stage series, and then Don Pancho goes to work, dictating how and how long the rum is stored before choosing the blends he crafts into dark or light spirits. Aging in charred American white oak barrels does the rest.

The brand has chosen the 2017 Miami Rum Renaissance Festival to debut Yolo Rum Clear to the world.

Miami Rum Renaissance Festival is the ultimate rum experience, drawing rum enthusiasts, producers, retailers, collectors, judges and rum experts from around the globe. It’s the place where rum reputations are made — and the perfect venue for debuting new spirits to an upscale and affluent audience.

The launch party includes a live performance by Miami’s premier Latin rock band ¡Suénalo! on Saturday evening, April 22 at the Miami Airport Convention Center, in the Poinciana Ballroom, from 7 to 9:30pm.

“We were looking for something special to gild the lily, so to speak,” says Yolo Rum founder Philip Guerin, “and we couldn’t be more ecstatic to have ¡Suénalo! help us celebrate the launch of Yolo Rum Clear.” 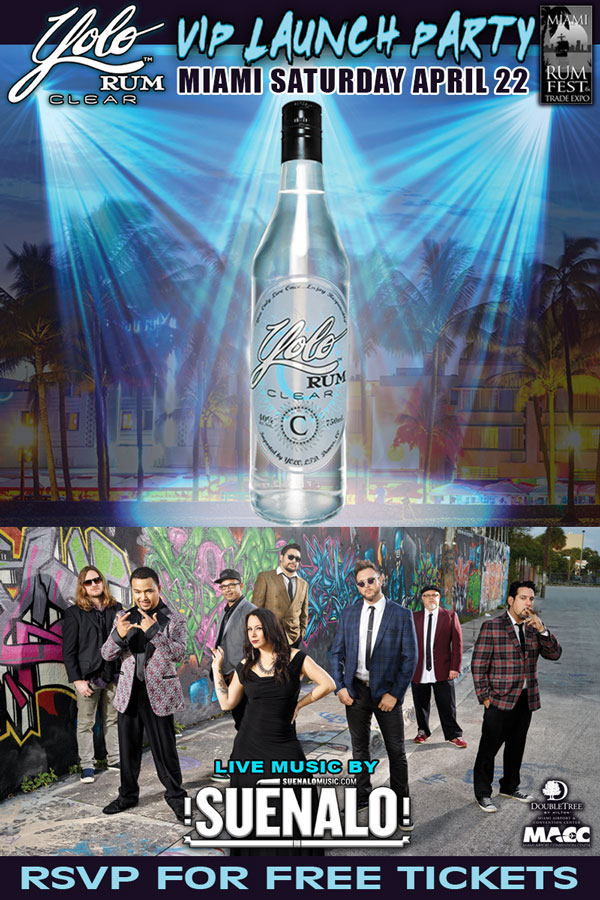 Featuring eight dynamic and talented musicians, ¡Suénalo! is Miami’s premier Latin rock band. The group blends Latin and Caribbean rhythms with rock, hip-hop, funk, and vocals in both English and Spanish. Honing its craft in the underground Miami club and warehouse scene, the band broke through to mainstream audiences in the mid 2000s. They will perform live for party goers and the Yolo crew and help celebrate the debut of Yolo Rum Clear.

You Only Live Once… Enjoy Responsibly.