From the wilds of Panama, SelvaRey (King of the Jungle) rum is flexing it’s distribution muscle as this award-winning brand today announced its expansion into new territories across the USA. 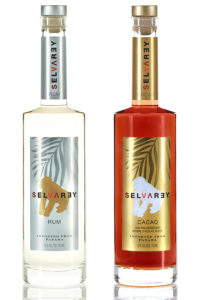 The company announced expanded distribution of his acclaimed SelvaRey Rums, including the aged white rum and cacao flavored rum made by Don Pancho in Panama.

Both the aged white rum and the delicious cacao flavored spirit drew critical acclaim from rum experts, reviewers and the public at the Miami Rum Fest and Trade Expo last year.

Initially distributed in California and Nevada, SelvaRey has grown its network of distributors to include Southern Wine and Spirits in Florida, Hawaii and South Carolina; Savannah Distributing in Georgia; Fedway Associates in New Jersey; Empire Merchants in New York; Lipman Brothers in Tennessee; and Washington Wholesale in the nation’s capital. Availability in Ontario, Canada is scheduled for the fall season.

Selvarey White Rum offers a medium viscosity, suggesting it’s been well aged (up to five years) and filtered to remove most of the color. The nose reveals subtle hints of vanilla and mineral water with soft sweetness, buttered toast and a touch of fresh cane. The palate finds a delicate balance of grassy cane, vanilla and spices leading to a medium dry finish. At 80 proof, this is an exceptional white rum for fine cocktails and plays well as a sipper. SelvaRey’s aged white rum was a 2015 Double Gold Medal Winner and named best white rum by TheFiftyBest.com.

The cacao rum is a well-crafted five year old Bourbon cask blend, one of the few flavored rums that drinks like a sipping rum. On the rocks, Selvarey Cacao rum opens up with accentuated tones of creamy vanilla and toasted oak under semi-sweet chocolate. SelvaRey Cacao rum won the 2014 Chairman’s Trophy at the Ultimate Spirits Challenge in New York City and the Gold Medal at the 2014 Miami RumFest.

In addition, the rums were rated 94 and 95 respectively by The Tasting Panel Magazine, the highest ratings ever in their categories in the magazine’s history.

Selvarey rums are created by Master Distiller Don Pancho Fernandez in Panama using his antique copper stills. The rums are bottled and imported by Pacific Plate Spirits of California. The suggested list price of the white rum is $24.99 for the 750ml bottle; $28.99 for the cacao.