In celebration of the 153rd anniversary of the founding of the company, Bacardí today announced a bold new packaging design for their principal rum expressions, influenced by the art deco movement, reflecting the brand’s unique heritage. 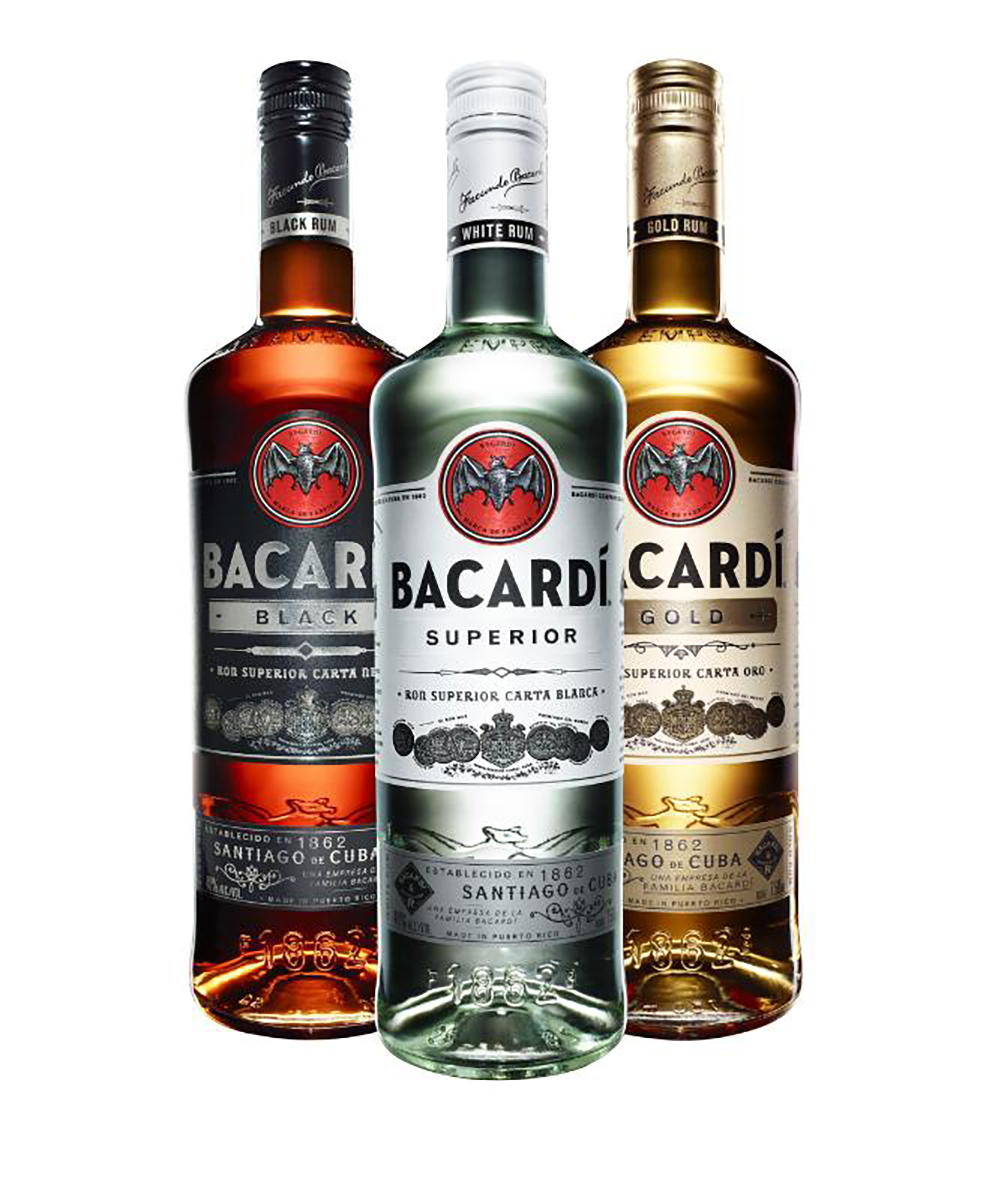 Bacardi Rum revealed their new package for the principal rums in their product line, featuring a classic art deco design for their new bottle, honoring their founder Facundo Bacardí Massó.

The new bottles, designed with deliberation from some of the world’s leading bartenders, have been updated and improved to ensure they are well balanced in order to produce the perfect pour. Taller, slimmer and more cylindrical, the new bottles feature bold shoulders reminiscent of vessels from a bygone era.

They are also packed with finely crafted touches. The iconic Bacardí bat logo, representing good fortune, good health and family unity, was inspired by hand-drawn Bacardi bat designs from the early 1900s. It crowns a label of hand-cut fonts inspired by those adorning the Art Deco El Edificio Bacardí, the brand’s former sales office and iconic bar in Havana, Cuba.

The bottles contain an imprint of the year 1862, and the lower label prominently declares the company was established in 1862 in Santiago de Cuba.

Each new bottle from the portfolio of light and dark rums also features its own unique printers ornament, a brief story from the Bacardi family’s history and a simple taste description and drinks serve on the back. In addition, all paper labels are made from recycled cane fiber, a by-product of rum making.

More than 150 years of heritage and awards adorn the pack: the Royal Spanish coat of arms awarded for quality in 1888, a selection of medals won since 1862 (Bacardí rum is the most awarded spirit in the world) and the signature of Don Facundo Bacardí Massó, the founder of the company. To this day, the Bacardí company remains family owned, a rarity in the spirits business.

Dmitry Ivanov, Chief Marketing Officer of Bacardi and President of Bacardi Global Brands, says, “Our goal with the new pack design was to cement the extraordinary Bacardí heritage into the hearts and minds of today’s consumer by connecting it with the human passion, untameable spirit and fine craftsmanship that goes into every bottle. It looks contemporary, but with a strong heritage feel, and we look forward to seeing it in bars and in the hands of consumers around the world.”

The re-designed presentation of the portfolio of Bacardí rums has been through several creative processes with painstaking research into The Bacardi Archive. Its launch today, on the brand’s ‘Founder’s Day,’ which marks the birth of the family-run business, is accompanied by a film that brings to life the meticulous production process and relentless passion behind the making of Bacardí rum. The movie features Bacardí Maestro de Ron Juan Piñera, well-known New York bartender Steve Schneider and is soundtracked by DJ/Producer Hudson Mohawke.

Due to the exile from Cuba, Bacardí rum is currently produced in various other locations, mainly in Puerto Rico and Mexico, with the same methods first pioneered by founder Don Facundo Bacardí Massó, using the special Bacardi yeast, lightly charred American white oak barrels and a secret combination of charcoals to filter the rum. The unique flavor profile of Bacardí rum has remained unchanged since 1862, and this special craftsmanship and history is celebrated in the new bottle design.

The new pack launches in the United Kingdom today, becomes available across some European markets from early March, then the remainder of global markets from April onwards.