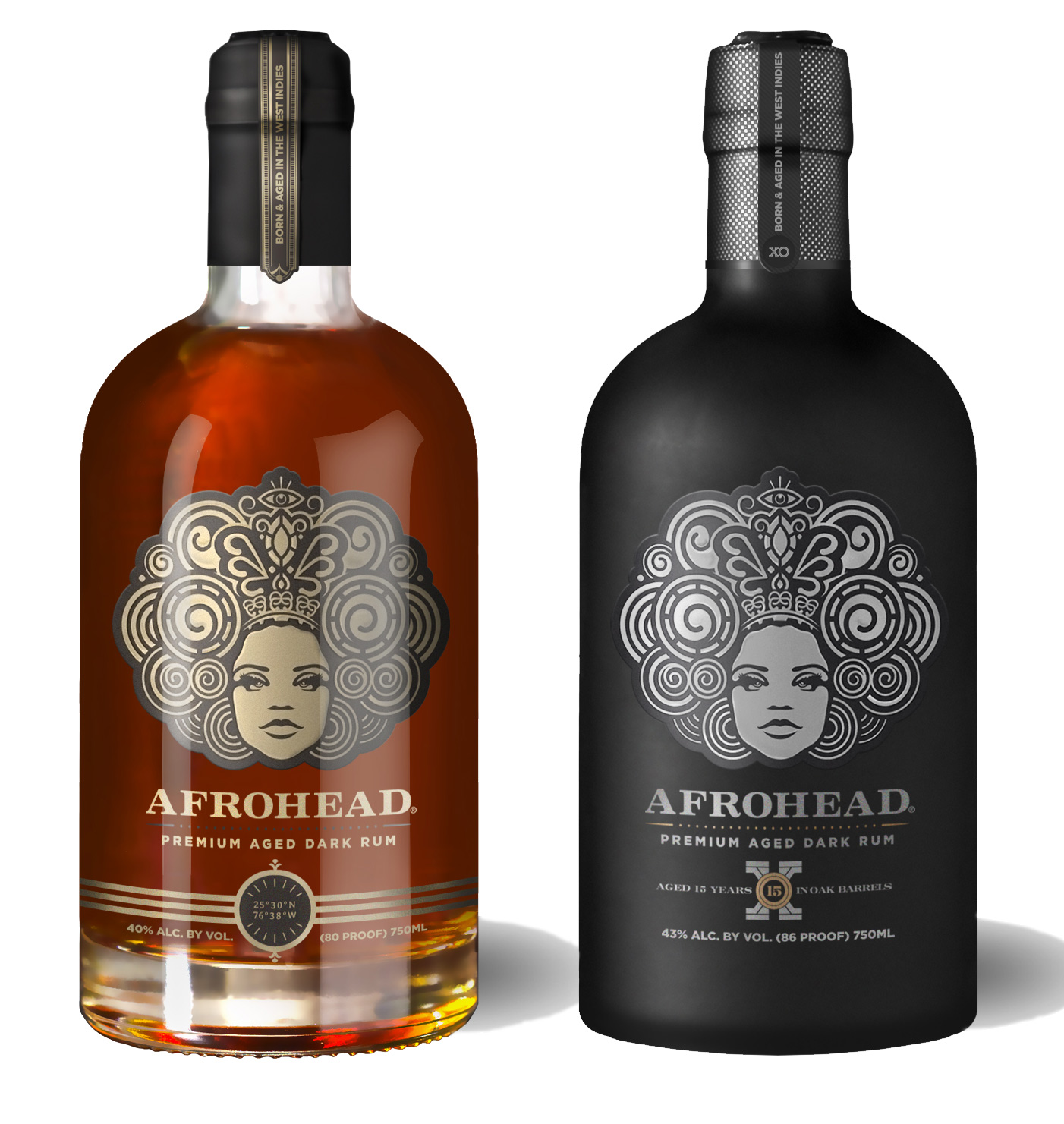 Produced from high quality Dominican molasses and fermented with Trinidadian yeast, the rums are distilled and aged in used bourbon barrels in Trinidad. Master Blender Toby Tyler creates the final expressions which are then bottled in Barbados.

Originally created by proprietor Joe Farrell at The Landing Guest House and Restaurant in Harbour Island, the rum began as a house brand at this well known Bahamian restaurant and intimate boutique hotel. On the label, he used a simple graphic he had designed for the restaurant’s house wine — a stylized image that paid tribute to the island’s culture, Bahamian women and the first Miss Bahamas from 1963.

Over the years, locals and visitors from around the world came to Harbour Island to enjoy the rum with the “afrohead” on it, and so AfroHead Premium Aged Dark Rum earned its moniker.

Artfully crafted with a smooth finish, the 7-year blend ($34.95) can be appreciated in mixed drinks, neat or on ice. The 15-year XO ($59.95) deserves the respect of being enjoyed straight up.

Vintage Liquor announced it has the AfroHead rums in stock at their Florida locations.